Visitors emerging on to the N27 from Cork Airport must be puzzled by an odd-looking shrub in the centre of the roundabout.

What is it meant to be, exactly?

Form one angle it looks like some lumbering dinosaur. But why? Is Cork such a centre of paleontology that a dinosaur needs to be represented at one of the major visitor entrances to the city? And why at the airport?

From another angle it looks more like a large tortoise. Again, the connection with the city is not obvious. Perhaps it’s meant to say something about the slow pace of life in the city? 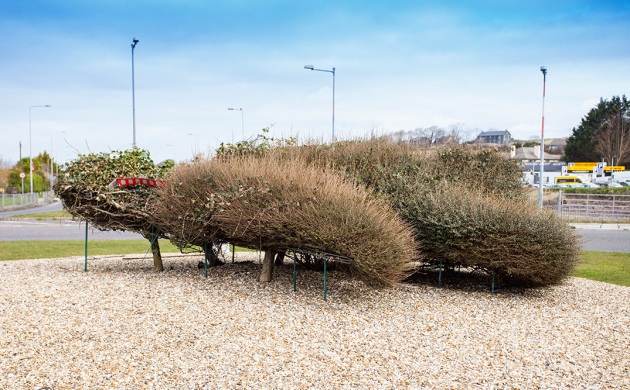 If you look closely at the “head”, you will be able to see a remnant of a strip of fake windows.

I’m sure it even has many locals confused as well, especially those that are too young to remember that it was, once, a representation of … an aircraft. A rather fat and not very airworthy-looking aircraft, granted, but a recognisable flying-machine nonetheless. It even had rows of fake windows down each side. 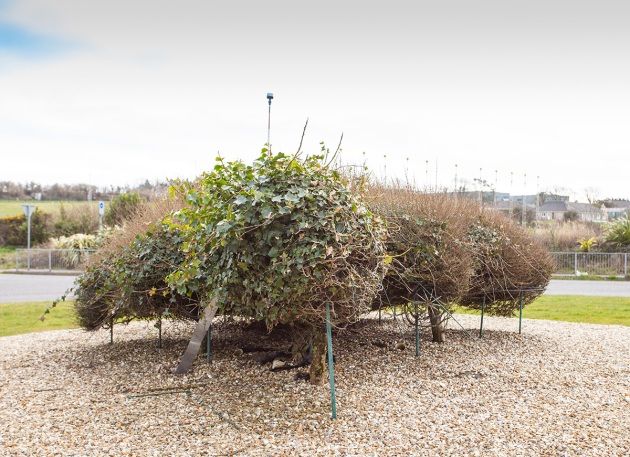 Sadly it has fallen into neglect and it no longer looks like anything. Now it’s just an overgrown, unkempt bush that is crying out for the loving attention of a good topiarist to restore it to its former glory. Failing that, the best thing the authorities could do is cut it down and save us all the embarrassment of having to explain to bemused visitors what it is supposed to be.