I flew to London a few days ago to see Goya: The Portraits at the National Gallery. The exhibition is on in the Sainsbury Wing until 10th January and if you like art and have the time I would urge you to go. Even with the bad Pound/Euro exchange rate it’s worth the trip: Ryanair flights are cheap and you get some time in a wonderful city. I love London and I try to get there a few times a year.

Ah, you say, I like Goya, but I have a book of his paintings, or, I can look them up online – why bother with the hassle and expense of going all the way to the National Gallery? Look, here’s a few of the pictures on my high-res smartphone.

That’s like listening to a Mozart symphony on a tinny little radio in comparison to sitting in a concert hall at a live orchestral performance and letting the sound overwhelm you.

Standing in front of an original artwork is a wholly different experience to casually flipping through the pages of a book or looking at images on the internet.  Here, you are within inches of the surface of a painting made more than 200 years ago by an artist of genius. You can see detail that no photograph can ever replicate.

The sizes of some of the paintings can astonish you and this is something that reproductions can never prepare you for (unless, maybe, you carefully note the sizes quoted in books and websites and can imagine them in reality – I don’t and can’t).

Then there’s the ritual of descending the stairs in the Sainsbury Wing, showing your ticket to the attendant, entering the low lit area of the exhibition (ambient light levels are kept low to protect the works but they are well illuminated), and going from room to room to view all the 71 exhibits. You emerge feeling exhilarated from the privilege of being in the presence of genius, from the sheer magnificence of the works on display.

Here are some screenshots from various websites of a few of the paintings. 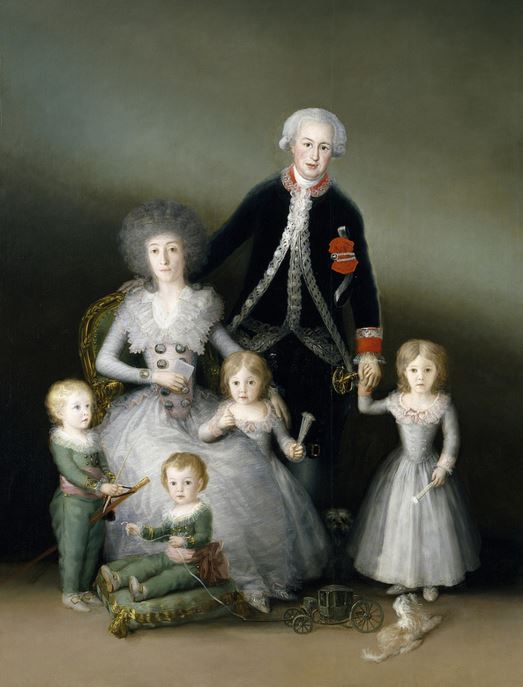 The Duke and Duchess of Osuna and their Children, 1788.

From the catalogue: “Posssibly drawing on British portraits, particularly those by Gainsborough, Goya creates a sense of animated informality.”

The Dowager Marchioness of Villafranca, 1796.

“A moving demonstration of his ability to portray old age with respect and sympathy.” 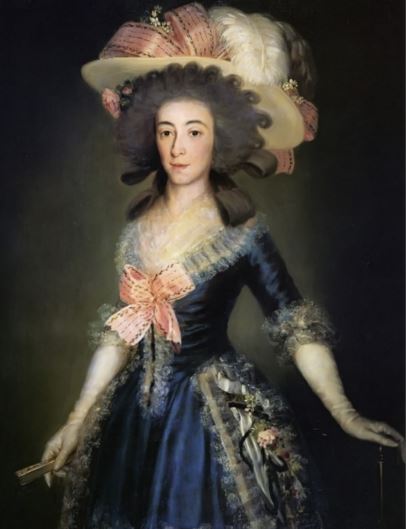 The Countess Duchess of Benavente, 1785.

She was one of Goya’s greatest patrons and was a very forward thinking person. She and her husband commissioned works satirising Church corruption and the backwardness of Spanish society. 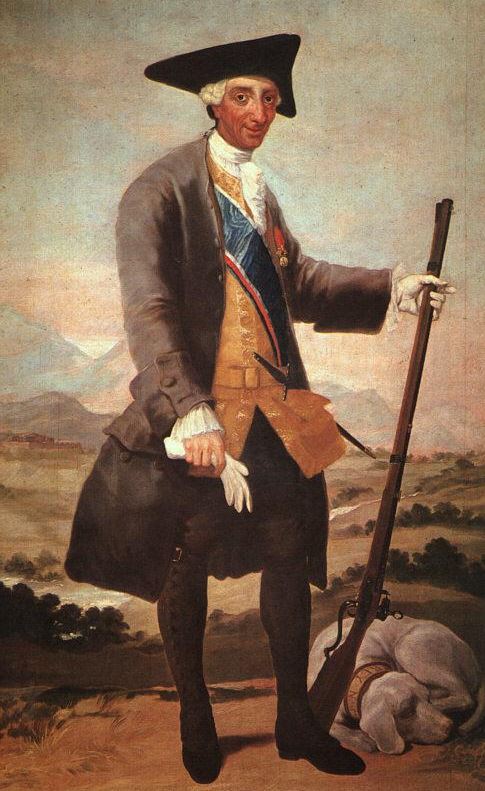 Charles 111 was “famously and unashamedly ugly”, as the catalogue puts it.

This gives some idea of what it must have felt like to sit for Goya, to be the object of that penetrating stare. 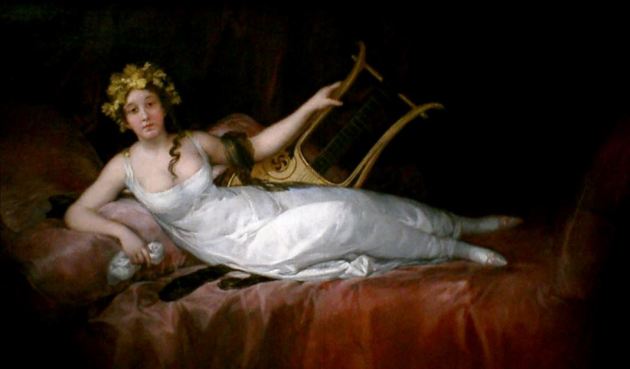 Part of a trend in Europe at the time of depicting young women as classical personifications. 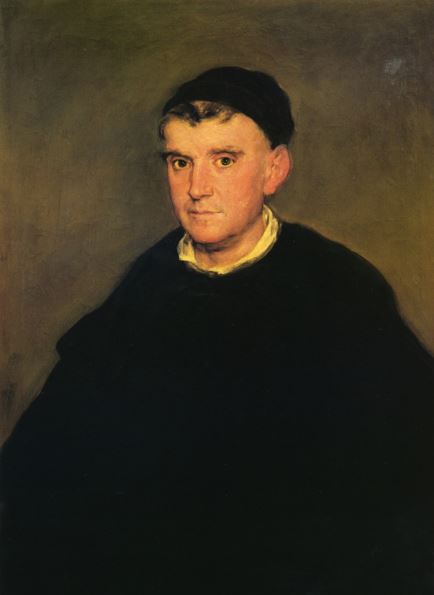 The friar was an intellectual who espoused modern theology. The sheer intelligence of the man is apparent in this superb portrait.

The Family of the Infante Don Luis de Borbón, 1783.

Goya has included himself on the left and the painting is a nod to Velázquez’s “Las Meninas”.  A strange but beautiful painting. 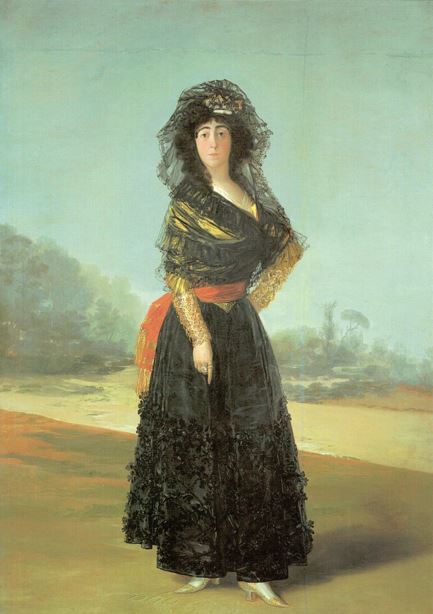 A huge painting, this depicts the highest-ranking woman in Spain after the queen. A widow with a fiery temper she is pointing to an inscription on the sand which says “Sola Goya” (“Only Goya”). This was once thought to mean that she and Goya were lovers but scholarly opinion now suggests that it is instead a reference by Goya to his supremacy as a painter. To which I say to the scholars – “yeah, right”.

The above reproductions only give the merest idea of what the originals are like.

I repeat: seeing them in reality is a different experience altogether.

One thought on “Goya: The Portraits”